For the audio Podcast of this and every episode, find us on Breaker, Google Podcasts, Overcast, Pocket Casts, RadioPublic, Spotify or HERE   If you’d like to join us in our journey reading all the way through the Bible this … Continue reading →

This year, my wife and I were privileged to attend the 2017 annual ETS (Evangelical Theological Society) meeting in Providence RI. One of the true highlights was to see my friend Dr. David Allen of SWBTS. If you haven’t read … Continue reading →

The Book I wanted to write – but BETTER! At the outset, let me say that this tome is a scholarly tour de force by one of the best friends a conscientious Calvinist can find anywhere. David Allen serves as … Continue reading →

1 Peter Part 14c 1 Peter 3:13-22 Baptism Saves You? AUDIO FOR THIS SERMON CAN BE FOUND HERE Last time we were together, we really had to put our thinking caps on to sort out the difficult ideas in vss. … Continue reading →

I am most grateful for The Alliance of Confessing Evangelicals for posting this interview in the latest edition of Reformation 21. It it is a truly welcome addition to the discussion. When I took up a “both/and” view – that … Continue reading →

My friend Tony Byrne over at the THEOLOGICAL MEDITATIONS blog posted a wonderful and useful quote today. It’s worth your time.  CLICK HERE! or on the image, or the link in the blog name.

No doubt, someone will find my having links to something by Tony and James White side-by-side ironic. But, I’ve got brothers I love everywhere in Christ’s family.

Yesterday I posted the link to Dom’s 5 article in his series on “universal atonement” – today is the second post – part 6. Hope that isn’t too confusing.

I will make my pitch once again however for better language. The atonement is NOT universal in that sense that ALL are saved. None who fail to believe will be saved. And there is NO atonement for the fallen angels. Nor is it unlimited in the sense that all sins are already forgiven. It is unlimited in its capacity to save all should all believe, nor is there any sin which it is insufficient to meet. And, it is universal in that there is no human being to whom the genuine offer of salvation cannot (or should not) be made.

That said…In this part, Dominic rightly gets to the heart of 3 very important matters in this entire discussion, which I have been talking about since the first posting of my own atonement musings.

1. Eternal justification is a virtually inescapable conclusion to arrive at, if one holds to the popularized version of “limited atonement”.

2. We cannot let our theological rationalizations operate in such a way that for all intents and purposes, justification by faith – becomes little more than a cliche, and not an actual necessity in salvation. Because the atonement is the means whereby unbelief is forgiven, does not mean that one (even of the elect) has already crossed over from unbelief to saving faith at the time/space history point of Jesus’ death on the Cross.  Scripture never separates faith and justification.

3. The accomplishment of the atonement at Calvary does not automatically bestow faith upon the elect at that moment. We absolutely must make proper room for the Holy Spirit to work the grace of regeneration in the heart of the person through the ordinary means of the preaching of the Gospel. We cannot simply make the sovereign work of the Holy Spirit unnecessary.

To fail to deal with each of these in their order and importance is to create an artificial plan of salvation which does not square with the whole of the Scriptural counsel on the matte. It creates a scheme out of some genuine aspects, but omits several others resulting in a skewed view.

YOU CAN READ PART #6 HERE

I am still not a fan of the term “universal atonement” – in that the term (in my small brain) conveys something of application. I.e. universal implies on some level true effectiveness actually acquired or participated in by all. Maybe I just need to get over the language issue. One dictionary states its first definition universal as: “Of, relating to, extending to, or affecting the entire world or all within the world; worldwide: “This discovery of literature has as yet only partially penetrated the universal consciousness” (Ellen Key).” So while I hold that the atonement is universally “applicable” (the way John Davenant most often says it) I tend to shy away from calling it a “universal atonement”. I still prefer either an “unlimited” atonement (there is no sin which cannot be forgiven on the basis of it without violating God’s justice) or perhaps an “objective” atonement –  it is “real” and yet is not “applied.”

As I’ve stated many times before and in other places, I do not think of myself as a 4-Point Calvinist (though I’ve since stopped thinking that’s necessarily a bad thing) but prefer to describe myself as a 6-pointer: That there is both a particular aspect to the atonement (in God’s intent regarding the elect) and a universal or unlimited aspect in the genuine offer of the atonement’s benefits to all in the preaching of the Gospel, God’s desire for all men to be saved, and some of the benefits of the atonement which do impact all of mankind.

OK – all of my (probably unnecessary) qualifications aside – Dominic Bnonn Tennant’s latest post on Universal Atonement is truly superb reading. Clear, concise, Biblical, rational and I believe – correct. Check it our for yourself.

The THEOLOGY ON LINE blog has an excellent entry today on the false either/or dilemma in the debate on the extent of Christ’s atonement. It quotes a particulalry pertinent section from Nathaniel Hardy’s Commentary on the Gospel of John – 1865.

those of us who embrace this point of view are often accused of inventing something “new.” Alas, ’tis not so. Nor is it Arminian nor even Amyraldian.  Check out this short but excellent read.  There is no reason that the discussion over the extend of the atonement has to remain deadlocked in an absolute either/or dichotomy, when we can have a perfectly plausible both/and construct which harmonizes ALL of the passages on the atonement. I want Hershey’s AND Reese’s! 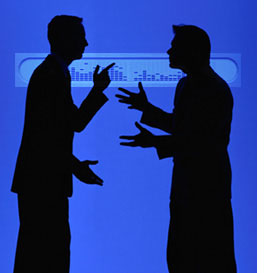 Theology is a glorious thing. Of all the gifts given to man by our God, the ability and the call to search out our Lord and His ways is a treasure of inestimable value. One I think could well be the central occupation of the redeemed for all eternity. What a joy and privilege to begin then here. It is a foretaste of Heaven.

About two years ago, I put together a paper for the other elders where I pastor. This was to give them some sense of an investigation I’d launched into the doctrine of Limited Atonement. The more I had studied historical Calvinism, the more I saw that there was a continuing discussion on the topic. I especially discovered that this was not a doctrine which had a monolithic consensus among those self-consciously committed to the “doctrines of grace.” At various times certain stricter or less strict views were held by a majority, but even then with shades and nuances. None but the most ardent of truly “hyper-Calvinists” (a technical term worth researching) would deny that there is to be a free offer of the Gospel to all men. And yet, men like John Bunyan argued that if we posit that there truly is nothing to offer some men, since Christ in fact did not die for them (even though we do not know who they are) then our offer is somewhat disingenuous. Some answer, we can say for instance “Christ died for sinners”, and leave it at that. This if course is true. But I am not convinced such an approach encompasses the broader spectrum of Biblical constructs concerning the Gospel and its relationship to the atonement of Christ on Calvary. As Andrew Fuller would put it: “If the atonement of Christ excluded a part of mankind in the same sense as it excludes fallen angels, Why is the gospel addressed to the one, any more than to the other?” (the Gospel Worthy of all Acceptation – pg. 113).

Deep down there remains a tension. Not that it is wrong to have such tensions. The Bible has a number of them. I in fact argue for a tension too. I believe it belongs in a different location than where it is normally placed among the so-called 5-point Calvinists I’m most familiar with (living and dead). Recognizing this tension has led to books from the likes of the venerable John Murray (R. B. Kuiper and many others) justifying our offering of the Gospel to all men, even though we do not believe it is actually for all men. Other noted theologians have repeatedly done the same. Some to greater or lesser success. Yet, there is no question a tension remains.

Fred Leuck is a dear friend of mine. A valued brother in Christ. A stalwart for the faith. A comrade in the Gospel. A faithful Pastor. And, he has written a response to my original paper which is included below, along with my responses to some of his. With the exception of some places where I deleted the Biblical text but left the citation, Fred’s portion remains in its entirety.

I cannot express my thanks enough for the love Fred displayed in writing such a detailed response to my original paper. My poorly constructed and somewhat disconnected musings do not deserve the level of attention he gave them. It is of immense value to the Body of Christ for brothers to dialogue over areas of theology, Biblical interpretation and doctrinal precision. To do so publicly can at times be uncomfortable. But it demonstrates our willingness to humbly question ourselves, to continue to labor for clarity and understanding, and to hold one another mutually accountable for our stewardship in God’s truth.

Every step of the way Fred’s interchange here is filled with an irenic tone and a sweet spirit. I pray my own words will be heard and taken the very same way, since a spirit of true love, genuine respect and gratitude are meant to under-gird each one.

In the spirit of semper reformanda, I submit some answers, clarifications and responses below as I hope will prove most beneficial to the readers, and without over-laboring the points or issues.

I am still learning. Wanting above all simply to understand and communicate what the Bible teaches. I want to do so irrespective of how difficult those doctrines may or may not be in the sight of any man, group, or even myself. I want God’s Word to be as unobstructed as possible, even where, especially where – I might not be able to understand it as fully as I would like. Or, where it challenges or contradicts either my present understanding, my systematic framework, or common notions or opinions.

Quotations from others are used only as representative of schools of thought, not as authoritative in and of themselves.

My own interspersions will be prefaced by: [RAF#] and also in the Arial Narrow font for ease of search, navigation and reference.

Thank you for your own prayerful considerations of the discussion. May Christ’s truth triumph in all.