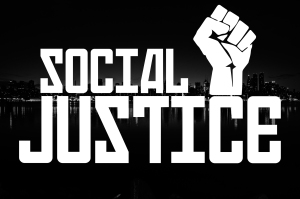 Isaiah 1:2–4 (ESV) — 2 Hear, O heavens, and give ear, O earth; for the Lord has spoken: “Children have I reared and brought up, but they have rebelled against me. 3 The ox knows its owner, and the donkey its master’s crib, but Israel does not know, my people do not understand.” 4 Ah, sinful nation, a people laden with iniquity, offspring of evildoers, children who deal corruptly! They have forsaken the Lord, they have despised the Holy One of Israel, they are utterly estranged.

Isaiah is a powerful book in its sweeping condemnation of God’s people for their sin, warnings, visions of the future Day of the Lord both as the day of restoration and of justice, and of ultimate hope in God’s redemptive power. But as it starts out, it deals head-on with the sins God intends to deal with them about.

Balance is an issue of constant concern in the Church, and this text brings us one place of balanced consideration into sharp focus. Here is a very great lesson – the need to distinguish between diseases themselves, and their symptoms. And as we all know, no cure can be had by merely treating symptoms. Ultimately, we must aim at a cure. And a cure can only be had by treating the root cause – the disease itself.

Isaiah is going to rehearse a litany of dreadful symptoms that indicated Israel’s diseased state: Idolatry. Oppression of the poor. Religion without repentance. Sexual immorality. Materialism. Superstition. False religion. Corruption in government. Bribery to pervert justice. Arrogance. Trust in political power and military might. Neglect of widows, orphans and the lower classes of society. And many, many more. All wretched things. And all, just the symptoms. The underlying disease? The same as it was in the Garden, and remains inherent in every sin you and I and society at large manifest today: Rebellion against God’s rightful authority over us, and the pursuit of provision for heart and soul and mind from some source other than God Himself. Not recognizing our absolute need of Him. From these twin contagions spring every manifestation of sinful putrefaction.

We dare not ignore the symptoms. We must respond. They are God-appointed indicators. But we must respond in full, not in part. The symptoms are no more the real issue than the red light on your dashboard is. No bandaids on cancers. Cures are what we need. THE cure. Repentance from sin, and faith toward God in Jesus Christ, resulting in lives lived loving the Lord our God with all our hearts, minds, souls, and strength, and our neighbors as ourselves. For as we have a dual disease, so we must have a dual cure. One that addresses only God and not our neighbor, or only our neighbor and not our God will still be treating only symptoms. There is no such thing as a Christianity which is compassionless to the suffering of men, even as there is no Christianity but brings men to the foot of the Cross, and reconciles them to God in the blood of Christ as the first compassion – compassion on their eternal souls. Tip this boat on either side, and it WILL capsize. No man who loves God can disregard human suffering in all of its manifestations. And no man who truly loves people can actually love them while ignoring the eternal destiny of their souls. There is no social justice apart from reckoning with eternal justice and the Cross of Jesus Christ.