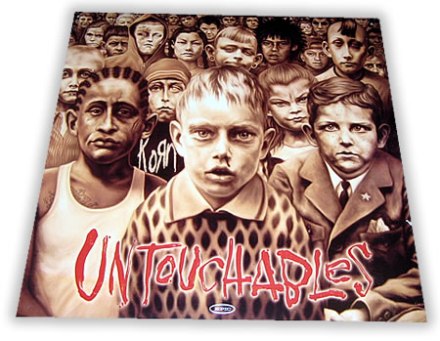 Mark 9:33–37 (ESV) And they came to Capernaum. And when he was in the house he asked them, “What were you discussing on the way?” 34 But they kept silent, for on the way they had argued with one another about who was the greatest. 35 And he sat down and called the twelve. And he said to them, “If anyone would be first, he must be last of all and servant of all.” 36 And he took a child and put him in the midst of them, and taking him in his arms, he said to them, 37 “Whoever receives one such child in my name receives me, and whoever receives me, receives not me but him who sent me.”

Note how humble our Savior is. It is why He wants us to become humble too – that we might be like Him.

And the truth is, you cannot have your eye set on your own greatness, and at the same time be willing to stop and receive those who can add nothing to your quest for personal greatness.

Loving the least among people, will marginalize you from such grasping after status yourself.

Receive, be identified with, take up in your arms those who are not capable of helping you achieve such a goal – do it for MY sake – and you will receive both Me and My Father; He seems to be saying.

And I am forced to ask myself – who is it I am afraid to be identified with – lest I lose status in the eyes of others? Who are the “those people” who do not quite measure up to my standard? What group is it I am afraid others will imagine that I’m “one of them”?

Am I afraid to be thought of as a sinner? A friend of the uneducated, or uneducated myself? A pal to the socially inept? The rednecks or the tree-huggers? The indigent? The broken? The addicted, convicted, helpless, needy & bound? Or do I want to be among the beautiful, the comfortable, the respectable and the un-cumbersome only?

Children are lacking knowledge, context, self-control, the ability to contribute much to their care and upkeep and will be noisy and bothersome. Welcome to me! And as the Savior scoops such up in His arms – He calls us to do the same.

What a lover of souls He is! What a Savior!

One thought on “The Untouchables – you know – “Those People””