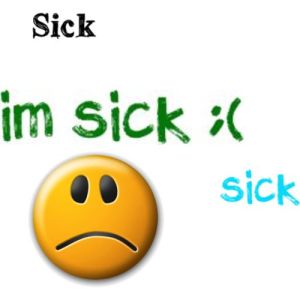 Proverbs 7:18 “Come, let us take our fill of love till morning; let us delight ourselves with love.”

Indwelling sin will do anything is can to thrive and survive. It is as though it has a mind of its own. In a sense – it does have a mind of its own – but the mind is OUR own. It dwells in the deceptiveness of our own hearts. It hates the thought of being governed by anyone or anything other than its own desires. It is constantly seeking supremacy over our being. It wants to be Lord. And it will not stop at anything to get there – even destroying us in the process.

As we noted on Sunday, one of the most potent tactics indwelling sin uses to reason us into letting it have its way is mischaracterization. Lying. As in the text above, calling an illicit sexual encounter “love.” In the broader context this is the picture of a married woman, offering her young victim a night of unbridled physical lust but naming it other than it is. Because if she called it adultery, fornication, sin – it would be offensive. It would be too ugly. He might back off. But it is the way of the World – and indwelling sin still trades in the World’s market.

Words mean something. Otherwise, there could be no such thing as education, nor communication, and certainly not persuasion. All of these trade on the fact that words carry meanings. But in the deceptive shadows of our sin-filled hearts, we allow words to take on alternate meanings so as to palliate our consciences. Hence we pick up the culture’s way of referring to sinful behaviors, rebellious behaviors – as sickness. The medical model removes the moral component. So we no longer refer to drunkards or drunkenness, but to alcoholics and alcoholism. Not that those words are wrong in themselves, they simply do not convey the whole truth.

Almost no one is unaware of the recent tragedy which came to light in the city of Cleveland Ohio where Ariel Castro, kidnapped and imprisoned Amanda Berry, Gina DeJesus and Michelle Knight for over a decade. Castro sexually abused these women in his home repeatedly throughout their captivity. When allowed to speak at his trial, Fox News on August 1 reported: “Castro, dressed in an orange jumpsuit and a beard, sat motionless…He waited for his turn to tell the court that he is “not a monster.” He reminded those at his sentencing hearing that he was married, held a job as a bus driver and is happy person on the inside. “I believe I’m a porn addict,” he said. “I’m not a violent person, I just kept them there without being able to leave.”

Other news outlets reported that he simply said “I’m sick.” Never mind that he caused one of the women to miscarry 5 times through his violence.

Note carefully the words: “addict” and “sick.” These were used by Castro as mitigating words. Words calculated to take the edge off of the moral reality of his crimes. We will not argue that anyone who would do the things he did is sick – but not all sickness is merely medical and void of moral responsibility. Sin-sick – yes! But sick so as to be relieved of the voluntary and moral responsibility that belongs to each one of us? No.

Don’t get me wrong, there is no question that we can engage in sinful thought patterns and actions that over time become such bondage as leave us virtually out of control. But that absolves us of nothing. Because one may drink alcohol until they are no longer in full possession of their faculties doesn’t excuse them from the actions they take while under that influence. Why? Because they put themselves under that influence.

Christian – be careful how your own heart will lie to you about contemplated sin, by re-labeling it as something more acceptable. Don’t let your own heart deceive you. Theft isn’t the “reallocation of assets.” Fornication and adultery aren’t “love.” Giving in to homosexuality isn’t adopting an “alternate lifestyle.” Lying isn’t “creatively re-telling truths.” Revenge isn’t “justice.” Dissensions aren’t “standing upon principle.” Rivalry isn’t “competitiveness.” Jealousy isn’t “caring too much.” Fits of anger aren’t “righteous indignation.”

Call sin – sin. And you are well on your way to robbing it of its power to master you. Christ is the way, the truth and the life, not “A” way, some nice ideas and fun. Don’t be fooled.