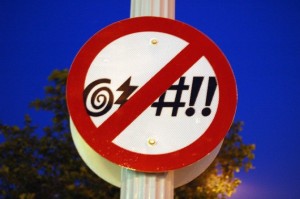 Proverbs 8:1–9 Does not wisdom call? Does not understanding raise her voice? 2 On the heights beside the way, at the crossroads she takes her stand; 3 beside the gates in front of the town, at the entrance of the portals she cries aloud: 4 “To you, O men, I call, and my cry is to the children of man. 5 O simple ones, learn prudence; O fools, learn sense. 6 Hear, for I will speak noble things, and from my lips will come what is right, 7 for my mouth will utter truth; wickedness is an abomination to my lips. 8 All the words of my mouth are righteous; there is nothing twisted or crooked in them. 9 They are all straight to him who understands, and right to those who find knowledge.

Speech is more than just communicating facts by audible sounds. When we speak, with what tone and in what way, under what circumstances also communicate – beyond the mere words themselves. The tone of the voice often says volumes more than the words alone. This of course does not mean that the words are not important – but rather that communication is a complete package. So it is Wisdom lets us know that Her speech is ennobling speech, rather than caustic and degrading. That She speaks what is right, and does not lead astray. That She utters truth – and that She does not engage in what is wicked itself, nor encourages wickedness. That Her words are not crooked or misleading. And one would have to tie that to Her tone and Her timing as well. All aspects of Her speech hang together – they coincide to give one, non-contradictory message. She has the best interest of Her hearers at heart, and that comes through loud and clear. She is not saying “I love you” through clenched teeth.

It is so with us?

In re-reading this portion, I was struck with the remembrance of another powerful “speech” passage. It is found in Mark 15 – at the trial of Jesus before the Council. There we read of Peter: Mark 14:66–72 “And as Peter was below in the courtyard, one of the servant girls of the high priest came, 67 and seeing Peter warming himself, she looked at him and said, “You also were with the Nazarene, Jesus.” 68 But he denied it, saying, “I neither know nor understand what you mean.” And he went out into the gateway and the rooster crowed. 69 And the servant girl saw him and began again to say to the bystanders, “This man is one of them.” 70 But again he denied it. And after a little while the bystanders again said to Peter, “Certainly you are one of them, for you are a Galilean.” 71 But he began to invoke a curse on himself and to swear, “I do not know this man of whom you speak.” 72 And immediately the rooster crowed a second time. And Peter remembered how Jesus had said to him, “Before the rooster crows twice, you will deny me three times.” And he broke down and wept.”

This passage is not meant as a polemic against foul language per se. Yet it is instructive in that regard. Instructive of wise speech.

What is the mechanism by which Peter wishes to demonstrate to those accusing him of belonging to Jesus that he is not? Cursing and swearing.

It would appear that this mode of language is one of the most identifiable traits of those in the world – of those who are not Christ’s. At least it was so in Jesus’ day and culture. But I wonder if it is not also true today? And I wonder if we take note of how easily we pick up the distinguishing marks of those outside of Christ in the adoption of words and phrases that link us more readily with the world, than with Him.

The language of Jesus is blessing, not cursing – even in reprimand and rebuke. It is speaking the truth, not lying. It is in affirming Gospel realities, not seeking to dodge discovery of Christ. It is ennobling, not crude.

More than the tag line so common again today of “what say you?” ought to be – “how say you?” Does your speech betray the reality of one bought by the blood of the Lamb and redeemed from the trench of lostness? Or does it pass easily as the same as the world around us? Are we full of cursing, invective, vitriol and denial? Of gutter language, or that from the streets of Heaven – full of blessing, honoring, love and affirmation of Christ?

What tell-tale signs have crept into our daily vocabulary – that prove we are identifying more with the world than Christ? What words and phrases in ordinary conversation would never pass our lips in the pulpit, but find little restraint when outside of the Church context? And are we not duplicitous in this regard? It is something to consider.

As the Psalmist prayed: May the words of my mouth – as well as the meditations of my heart be acceptable in your sight.

Lord, let it always be so with me.