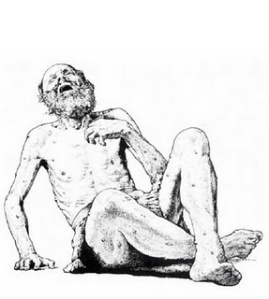 Chapter 11 introduces us to Job’s 3rd comforter – Zophar the Naamathite. One commentator notes that he was probably the youngest of the three, being the last to speak, and that he was “impetuous, tactless, direct, unsympathetic, but not altogether without some contribution to make to the friends’ case.[1]” I won’t argue the assessment.

Zophar will only reply to Job one more time, and for me, that is plenty. While concurring with his two predecessors, he adds one more theological element to be discussed, and one that is commonly used (sad to say) by many modern day “comforters” as well.

As is often the case, those sincerely wanting to defend God from any false charges can at the same time err by overstating or at least over-applying certain truths in Scripture. This happens both by detractors from God’s Word, as well as its defenders. So here, Zophar is so zealous to be sure that God’s justice is not impugned, that he has no category for suffering like he sees in Job (and under God’s sovereignty) as anything else but justice being carried out. He is a man of the Law. And the Law rewards the righteous and punishes the guilty – period. As such, he has no category for grace either.

How easy it is for those who love God’s Word and the truth in it, still to distort it. Much like Zophar, we can take one attribute of God (in this case His justice) and magnify it in such a way that it leaves no room for His other attributes – like mercy, grace, forgiveness and compassion.

Many is the one who has magnified God’s love over and against His justice (producing universalism), only to be met by the opposite error of magnifying His justice at the expense of His love (producing harsh legalism). Both fail to realize that all of God’s attributes must be held in perfect tension and harmony with one another. All in perfect proportion and none eclipsing the others so as to produce a caricature instead of a true picture.

So Zophar picks up the truth that in reality, God indeed has not punished Job as much as he deserves. He just failed to realize it is true in his own case as well. And so Zophar’s “truth” become a twisted, jagged dagger in the heart of his friend. His argument runs like this:

11:1-11 / Well now, can we just stand by and listen to you prating endlessly and foolishly on? You defend yourself Job, when you KNOW it can’t be true – you MUST be guilty.

You say you want God to answer you? Well I do too. For then you would finally learn something above your foolishness.

And truth be told Job, you haven’t suffered nearly what your guilt deserves. You’re getting off light! Your pains should be infinitely more! You’re dumber than a donkey’s colt.

11:12-19 / If you would just own your sin, and repent of it, everything will be OK. God will restore you. You have the power to change this.

Zophar, like many of us, failed to understand that in the miracle of the Cross – righteous AND peace, can kiss one another. (Ps. 85:10)

Oh the glory of the Cross of Christ!

One thought on “Groaning With Job – 7”