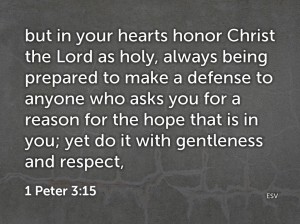 Al Mohler’s “Briefing” podcast today – I believe – is one of critical importance for the Church, and especially to Christian parents. You can listen to it HERE.

Responding to a recent declaration by Cosmologist (not to be confused with cosmetician) Lawrence Krauss that religion could be largely eradicated in a generation, Dr. Mohler reminds us of some very important realities.

Krauss’s assertion is based upon the idea of being sure that he and fellow atheists reach young people around the age of 13, when their critical thinking skills are really kicking in; to show them how silly religion and its effects are. Note that age, 13. The age at which many parents begin to deal with their children pushing back on some ideas. All too often this is seen only as rebellion. And while some rebellion may in fact be present, the larger picture is that this is when they are in fact making a very necessary shift from simply believing what their parents have taught them, to what they believe as their own convictions.

So the question becomes, are parents (and churches) equipped to give them the intellectual ammunition needed to deal with this new state of affairs? Can we as parents, can we as the Church formulate sound, time tested and well-reasoned responses to the challenges they face in terms of the validity of the Christian faith? Or do we simply drop propositional truth in their laps, and never meet their intellect where it needs to be met? Can we say why WE believe what we believe in a coherent fashion – in a way that can help them make the leap from what we taught them, to why we taught them what we taught them? If we do not make that effort, we make them prey to vicious and competing ideas.

Am I saying we can convince anyone into the Kingdom? No. I am saying that the first role of apologetics is not to convince unbelievers, but to address the attacks of an unbelieving world upon those whose hearts and minds are most vulnerable after having been raised within the Biblical belief system  and worldview. To give them the wherewithal to stand, and not be swept away by the tide.

While Mohler’s podcast goes on to mention the incredible growth of Christianity in China, he also mentions the warning (tho not by chapter and verse) that the letters to the 7 seven Churches in the opening chapters of the book of Revelation do. Can the Christian religion be erased from the face of the earth? No. Christ’s promise to grow and keep His Church is absolute. But does that mean the candle or lamp of Christianity cannot be put out in some places? No. And at times, in judgment – He Himself may extinguish it. (Rev. 2:5)

If we raise our children in the Church and in the home on a Christianity based merely upon personal feeling or emotional attractiveness, we prepare them to be conquered. We must give them the stuff of sound minds, and solid, Biblical reasoning. We must draw from those who have gone before us and fought these same battles before us and “kept the faith” for us in our generation. We must help them “Therefore, [in] preparing [their] MINDS for action, [to be] sober-minded, [and] set[ing] [their] hope fully on the grace that will be brought to [us] at the revelation of Jesus Christ.” 1 Peter 1:13 (ESV)