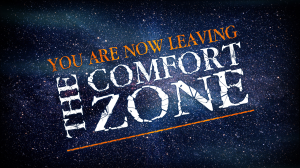 What follows is not a neatly wrought paper, but simply the notes from a talk I gave recently on the difficult and often hotly debated topic of the doctrine of election as taught in the Bible. Hopefully, it can be of some use to those who have wrestled thoughtfully with whether or not the Bible teaches a doctrine of election, and if so, what some of the implications are in getting a solid grasp both of what it is, and is not.

A Brief Discussion on the Doctrine of Election

We must allow before anything else, that God has the right to make choices – period.

Election – first and foremost = DESIGNATION – the context must define the purpose of the election.

The question will be – does He make choices of any kind which have to do with people – and if so, what does that look like?

Exodus 31:1–6 (ESV) — 1 The Lord said to Moses, 2 “See, I have called by name Bezalel the son of Uri, son of Hur, of the tribe of Judah, 3 and I have filled him with the Spirit of God, with ability and intelligence, with knowledge and all craftsmanship, 4 to devise artistic designs, to work in gold, silver, and bronze, 5 in cutting stones for setting, and in carving wood, to work in every craft. 6 And behold, I have appointed with him Oholiab, the son of Ahisamach, of the tribe of Dan. And I have given to all able men ability, that they may make all that I have commanded you:

Acts 17:26–27 (ESV) — 26 And he made from one man every nation of mankind to live on all the face of the earth, having determined allotted periods and the boundaries of their dwelling place, 27 that they should seek God, and perhaps feel their way toward him and find him. Yet he is actually not far from each one of us,

Joshua 23:14 (ESV) — 14 “And now I am about to go the way of all the earth, and you know in your hearts and souls, all of you, that not one word has failed of all the good things that the Lord your God promised concerning you. All have come to pass for you; not one of them has failed.

Isaiah 46:5–11 (ESV) — 5 “To whom will you liken me and make me equal, and compare me, that we may be alike? 6 Those who lavish gold from the purse, and weigh out silver in the scales, hire a goldsmith, and he makes it into a god; then they fall down and worship! 7 They lift it to their shoulders, they carry it, they set it in its place, and it stands there; it cannot move from its place. If one cries to it, it does not answer or save him from his trouble. 8 “Remember this and stand firm, recall it to mind, you transgressors, 9 remember the former things of old; for I am God, and there is no other; I am God, and there is none like me, 10 declaring the end from the beginning and from ancient times things not yet done, saying, ‘My counsel shall stand, and I will accomplish all my purpose,’ 11 calling a bird of prey from the east, the man of my counsel from a far country. I have spoken, and I will bring it to pass; I have purposed, and I will do it.

Deuteronomy 7:1–7 (ESV) — 1 “When the Lord your God brings you into the land that you are entering to take possession of it, and clears away many nations before you, the Hittites, the Girgashites, the Amorites, the Canaanites, the Perizzites, the Hivites, and the Jebusites, seven nations more numerous and mightier than you, 2 and when the Lord your God gives them over to you, and you defeat them, then you must devote them to complete destruction. You shall make no covenant with them and show no mercy to them. 3 You shall not intermarry with them, giving your daughters to their sons or taking their daughters for your sons, 4 for they would turn away your sons from following me, to serve other gods. Then the anger of the Lord would be kindled against you, and he would destroy you quickly. 5 But thus shall you deal with them: you shall break down their altars and dash in pieces their pillars and chop down their Asherim and burn their carved images with fire. 6 “For you are a people holy to the Lord your God. The Lord your God has chosen you to be a people for his treasured possession, out of all the peoples who are on the face of the earth. 7 It was not because you were more in number than any other people that the Lord set his love on you and chose you, for you were the fewest of all peoples,

Ephesians 1:3–6 (ESV) — 3 Blessed be the God and Father of our Lord Jesus Christ, who has blessed us in Christ with every spiritual blessing in the heavenly places, 4 even as he chose us in him before the foundation of the world, that we should be holy and blameless before him. In love 5 he predestined us for adoption as sons through Jesus Christ, according to the purpose of his will, 6 to the praise of his glorious grace, with which he has blessed us in the Beloved.

1 Peter 2:9–10 (ESV) — 9 But you are a chosen race, a royal priesthood, a holy nation, a people for his own possession, that you may proclaim the excellencies of him who called you out of darkness into his marvelous light. 10 Once you were not a people, but now you are God’s people; once you had not received mercy, but now you have received mercy.

We have the large number of passages which tell us about God’s right to choose, and that He does choose some in GRACE unto salvation – while leaving or passing over others who will experience justice.

Mark 13:20 (ESV) — 20 And if the Lord had not cut short the days, no human being would be saved. But for the sake of the elect, whom he chose, he shortened the days.

Luke 6:13 (ESV) — 13 And when day came, he called his disciples and chose from them twelve, whom he named apostles:

John 15:16 (ESV) — 16 You did not choose me, but I chose you and appointed you that you should go and bear fruit and that your fruit should abide, so that whatever you ask the Father in my name, he may give it to you.

2 Thessalonians 2:13 (ESV) — 13 But we ought always to give thanks to God for you, brothers beloved by the Lord, because God chose you as the firstfruits to be saved, through sanctification by the Spirit and belief in the truth.

We must recall that He owes salvation to no one – tho in the Gospel He offers it to all.

Therefore, the extension of grace to some is neither unfair nor unjust.

We must bear in mind as well, that due to the nature of our fallen condition, if it weren’t for election, none would be saved at all – for left to ourselves, we would never choose Him. Just like Adam, we would always choose ourselves first – which is confirmed as fact every time we sin now, choosing our own will above God’s.

For me, the first 3 are the controlling concepts, because they would function irrespective of the Fall.

Election within the context of salvation from sin comes after the fact.

In other words – I “think” – election must be understood first as a plan to set some of mankind as a people, and as sons in a unique familial relationship; then to bring those sons into an ever deeper relationship as Christ’s Bride. And as a result of the Fall, those first objects must find their fruition with the additional aspect of redemption from sin.

He redeems from sin, those He had all along intended to adopt as sons and make into a Bride for His Son.

It is our UNIVERSAL unworthiness which must be accounted for.

2 – A God who is holy and cannot simply overlook sin or dismiss the charges.

3 – A God who has sovereign discretion over His creation and all its creatures –  including man.

4 – A God who nonetheless desires to reveal His capacity for and exercise His mercy and grace upon undeserving creatures.

5 – A substitutionary sacrifice which He accepts in the place of those He pardons, so that justice is not in any wise compromised.

We find all of these elements present in the biblical record.

He has NOT promised that all will simply receive mercy.

He HAS promised that all who repent and believe can have mercy.

2. If God condemned all for no reason.

He has not condemned mankind for NO reason

He has condemned mankind both for ADAM’S sin (and our part in it) and for our OWN sins.

The terms ALWAYS were – Sin and you will die.

4. If God OWED salvation to any and then denied them.

God OWES all men justice, in that He is holy, and cannot pervert justice.

God owes NO ONE mercy. Mercy and Grace by definition are gifts, not rewards.

5. If God had no absolute RIGHTS over His creatures.

If God did what He did not have the right to exercise mercy as he sees fit.

Election & salvation fits none of these

God has never promised salvation to all men, but HAS announced the Gospel and will receive all who come in faith.

God did not condemn mankind for no reason, but for its cosmic rebellion as a race.

God has never changed the terms by which He dealt with mankind – “In the day you eat of it, you will die”.

God owes mercy and forgiveness to none.

God HAS absolute rights over His creatures.

God has the right to exercise mercy as he sees fit.

Mercy is VOLITIONAL, not COMPULSORY.

Someone owed a debt has the power or right to forgive the debt. But he or she is never REQUIRED to forgive it, or it ceases to be an act of GRACE.

Grace to be grace must not be something OWED – Grace by definition is UNDESERVED.

In fact: Attempts to earn mercy try to make it a duty on the other person, not a free gift.

It is us getting exactly what is due us.

Sin is never “overlooked” in one case and prosecuted in another. It is ALWAYS dealt with.

Neither is being treated unfairly.

Some will be dissatisfied because they do not trust God with that kind of power.

They DO however trust themselves with it.

A betrayal of the suspicion that God is somehow unjust or unrighteous in His arrangement – because we cannot work through the details to our personal satisfaction.

The forming of one for honor and another for dishonor – presupposes a fallen LUMP.

Water pail?              I can use the same water for drinking or for cleaning my floor – without in some way being “unfair” to the portion used for cleaning.

11-c. (22-24) Why is it a problem for you that He has refrained from judging all peoples in one fell swoop and withholding His final fury, while He opens an opportunity for multitudes to come and be saved – both Jews and Gentiles?

Especially when He owes salvation to none?

We are back in the Garden – making Him suspect.

3 thoughts on “A Brief Discussion on the Doctrine of Election”