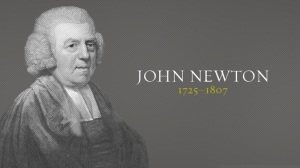 Among John Newton’s letters is the following one to an unnamed recipient. In it, Newton addresses what few of us admit to in public: That even as Christians, our prayer lives, our attention to Scripture, our love for Christ and our trust of Him in our trials – are things we treasure and know we derive the greatest benefit from – and yet fail at so miserably.

Once again, this spiritual giant of 18th century in clarity, sweetness, gentleness, and love for the souls of others – gives comfort for the unspoken maladies that afflict most, if not all of us.

Enjoy! It is very tasty.

This is an humbling but a just account of a Christian’s attainments in the present life, and is equally applicable to the strongest and to the weakest. The weakest need not say less, the strongest will hardly venture to say more. The Lord has given his people a desire and will aiming at great things; without this they would be unworthy the name of Christians; but they cannot do as they would: their best desires are weak and ineffectual; not absolutely so (for he who works in them to will, enables them in a measure to do likewise), but in comparison with the mark at which they aim. So that, while they have great cause to be thankful for the desire he has given them, and for the degree in which it is answered, they have equal reason to be ashamed and abased under a sense of their continual defects, and the evil mixtures which taint and debase their best endeavours. It would be easy to make out a long list of particulars which a believer would do if he could, but in which, from first to last, he finds a mortifying inability. Permit me to mention a few, which I need not transcribe from books, for they are always present to my mind.

PRAYER: He would willingly enjoy God in prayer. He knows that prayer is his duty; but, in his judgment, he considers it likewise as his greatest honour and privilege. In this light he can recommend it to others, and can tell them of the wonderful condescension of the great God, who humbles himself to behold the things that are in heaven, that he should stoop so much lower, to afford his gracious ear to the supplications of sinful worms upon earth. He can bid them expect a pleasure in waiting upon the Lord, different in kind and greater in degree than all that the world can afford. By prayer, he can say, You have liberty to cast all your cares upon him that careth for you. By one hour’s intimate access to the throne of grace, where the Lord causes his glory to pass before the soul that seeks him, you may acquire more true spiritual knowledge and comfort, than by a day or a week’s converse with the best of men, or the most studious perusal of many folios: and in this light he would consider it and improve it for himself. But, alas! how seldom can he do as he would! How often does he find this privilege a mere task, which he would be glad of a just excuse to omit? and the chief pleasure he derives from the performance, is to think that his task is finished: he has been drawing near to God with his lips, while his heart was far from him. Surely this is not doing as he would, when (to borrow the expression of an old woman here) he is dragged before God like a slave, and comes away like a thief.

READING SCRIPTURE: The like may be said of reading the Scripture. He believes it to be the word of God: he admires the wisdom and grace of the doctrines, the beauty of the precepts, the richness and suitableness of the promises; and therefore, with David, he accounts it preferable to thousands of gold and silver, and sweeter than honey or the honeycomb. Yet, while he thus thinks of it, and desires that it may dwell in him richly, and be his meditation night and day, he cannot do as he would. It will require some resolution to persist in reading a portion of it every day; and even then his heart is often less engaged than when reading a pamphlet. Here again his privilege frequently dwindles into a task. His appetite is vitiated, so that he has but little relish for the food of his soul.

LOVE OF CHRIST: He would willingly have abiding, admiring thoughts of the person and love of the Lord Jesus Christ. Glad he is, indeed, of those occasions which recall the Saviour to his mind; and with this view, notwithstanding all discouragements, he perseveres in attempting to pray and read, and waits upon the ordinances. Yet he cannot do as he would. Whatever claims he may have to the exercise of gratitude and sensibility towards his fellow-creatures, he must confess himself mournfully ungrateful and insensible towards his best Friend and Benefactor. Ah! what trifles are capable of shutting him out of our thoughts, of whom we say, He is the Beloved of our souls, who loved us, and gave himself for us, and whom we have deliberately chosen as our chief good and portion. What can make us amends for the loss we suffer here? Yet surely if we could, we would set him always before us; his love should be the delightful theme of our hearts

But though we aim at this good, evil is present with us; we find we are renewed but in part, and have still cause to plead the Lord’s promise, To take away the heart of stone, and give us a heart of flesh.

TRUSTING GOD IN TRIALS: He would willingly acquiesce in all the dispensations of Divine Providence. He believes that all events are under the direction of infinite wisdom and goodness, and shall surely issue in the glory of God and the good of those who fear him. He doubts not but the hairs of his head are all numbered; that the blessings of every kind which he possesses, were bestowed upon him, and are preserved to him, by the bounty and special favour of the Lord whom he serves;—that afflictions spring not out of the ground, but are fruits and tokens of Divine love, no less than his comforts; that there is a need-be, whenever for a season he is in heaviness. Of these principles he can no more doubt, than of what he sees with his eyes; and there are seasons when he thinks they will prove sufficient to reconcile him to the sharpest trials. But often, when he aims to apply them in an hour of present distress, he cannot do what he would. He feels a law in his members warring against the law in his mind; so that, in defiance of the clearest convictions, seeing as though he perceived not, he is ready to complain, murmur, and despond. Alas! how vain is man in his best estate! how much weakness and inconsistency even in those whose hearts are right with the Lord! and what reason have we to confess that we are unworthy, unprofitable servants!

It were easy to enlarge in this way, would paper and time permit. But, blessed be God, we are not under the law, but under grace. And even these distressing effects of the remnants of indwelling sin are over-ruled for good. By these experiences the believer is weaned more from self, and taught more highly to prize and more absolutely to rely on him, who is appointed unto us of God, Wisdom, Righteousness, Sanctification, and Redemption. The more vile we are in our own eyes, the more precious he will be to us; and a deep repeated sense of the evil of our hearts is necessary to preclude all boasting, and to make us willing to give the whole glory of our salvation where it is due. Again, a sense of these evils will (when hardly any thing else can do it) reconcile us to the thoughts of death; yea, make us desirous to depart, that we may sin no more, since we find depravity so deep-rooted in our nature, that (like the leprous house) the whole fabric must be taken down before we can be freed from its defilement. Then, and not till then, we shall be able to do the thing that we would: when we see Jesus, we shall be transformed into his image, and have done with sin and sorrow for ever.[1]