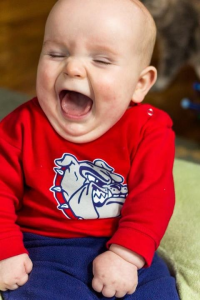 John 12:9–11 (ESV) — 9 When the large crowd of the Jews learned that Jesus was there, they came, not only on account of him but also to see Lazarus, whom he had raised from the dead. 10 So the chief priests made plans to put Lazarus to death as well, 11 because on account of him many of the Jews were going away and believing in Jesus.

Forgive my going back to repost this, but in reading this portion again today, I was once again so tickled by the irony of the chief priests making plans to put Lazarus to death after Jesus had raised him. Can you imagine how the threat of death was useless, so empty to Him? It would be so utterly absurd to try and strike fear into this man’s heart as to be laughable in every sense of the word. And so I repeat a poem written quite a while back and shared before. But I trust it cheers your own soul today as you contemplate that the physical death which awaits us (should Christ tarry) is nothing compared to the death in trespasses and sins He has already raised the Believer from. Fear not beloved, the Mater of Life and Death reigns.

Laz’rus! Have you heard the news?

The word’s all over town

The Priests, the Scribes and Pharisees

all want to bring you down

They’re plotting when and planning where

it’s best to take you out

Their minds are set, their hearts are hard

They’ll move without a doubt

The more I squawked and stammered on

the more his face would shine

And leaning back in perfect peace

“They’re scheming what? Now think with me

To kill me? That’s the plan?

and walked it back again

a panic into me?

I’ve stared at death from inside out

and that’s some sight to see!

at threats from mortal men,

And hold my tongue from telling all

Christ raised me up again?

in trying to explain

“You’ve got to just be kidding me!”

He let a howl from deep inside

escape with such a roar

I’m sure they heard him miles away

Or three or maybe four

that ever man has heard

erupted till the rafters shook.

A laugh the whole world heard.

As tears were streaming down his cheeks

he heaved and gasped for air

Then thinking he had stopped himself

broke out again and blared

“They’re going to try and kill me!

The man who Jesus raised!

And then he laughed, and laughed some more

Till all of us laughed too

in joy too deep for human words

Though shared by all too few

The promise of eternal life

Came crashing in on all

And triumphed o’er the Fall

No fear of death bound Lazarus

No threat could make him doubt

He’d known the power of Christ our Lord

Though buried – he came out

At just a word from Jesus’ lips

the power of death was gone

and life returned to lifeless flesh

The Kingdom Light had dawned

The day will come when we’ll laugh too

The trump of Christ will sound

And all the dead in Christ the Lord

will rise up from the ground

And meeting Jesus in the air,

with all who still remain

With Lazarus and all the rest

We’ll laugh at death and pain

In raptured sobs of joy and glee

We’ll reign with Him on high

And never feel the whispered lisp

Of pain or grieving’s sigh

at the foolishness of fear

To think – we’re loved by Christ the King

No joy, can be so dear

No doubt when Lazarus heard the news

that men sought his dispatch

He just lit up and shook his head –