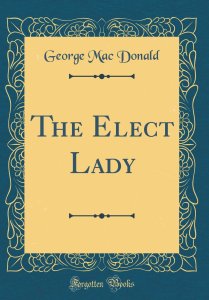 No one disputes the literary mastery of C. S. Lewis and J. R. R. Tolkien. Much lesser known, but no less deserving of the same stature is the Scottish Pastor, poet and fantastical (and yes, I’ve chosen that word purposely) author – George MacDonald.

Of MacDonald, Christian History Magazine wrote: MacDonald had a profound influence on the circle of 20th-century British writers known as the “Inklings.” J. R. R. Tolkien’s essay “On Fairy Stories” and C. S. Lewis’s essay “On Stories” are both deeply indebted to MacDonald’s writings on the relationship between faith and imagination (as is the chapter “The Ethics of Elfland” in G. K. Chesterton’s Orthodoxy).

Lewis in fact said he regarded MacDonald as his “master” and said he had never written a book but that somewhere in it he had quoted him. MacDonald’s work “Phantastes” was instrumental in Lewis’ conversion.

While I have read individual sermons, poems and snippets of MCD, it is only recently that I’ve begun to read him somewhat in earnest. And my first foray into reading something in full was in picking up his short novel “The Elect Lady.” And was I in for a surprise. Intrigue. Romance. Utterly charming. And astounding insight into human nature with rich, rich, rich spiritual connections and applications. I’ve made clippings of startling statements I will go back to read and relish; not only for their artful turn of phrase, but for how they crystallized Biblical truths in brilliantly new ways to my eyes.

This is, a novel. It is not a doctrinal book. And it is not milk-sappy Pollyanna Christianized mush. It is first rate story telling that will have you needing to read the next chapter; identifying with each of its characters in some way – or in a few cases, wishing you COULD identify with them; and getting a peek into your own soul.

It’s beauty lay in the way it unfolds Christian living in and through the minds and hearts of its characters. Humble brothers Andrew and Sandy Ingram and their sweet friend Dawtie. Alexa Fordyce and her father the Laird. George Crawford. And all in the confines of the village Potlurg.

Of Alexa we read: “She was religious—if one may be called religious who felt no immediate relation to the source of her being.”

Of her father the Laird: “For the laird, nature could ill replace the human influences that had surrounded the schoolmaster; while enlargement both of means and leisure enabled him to develop by indulgence a passion for a peculiar kind of possession, which, however refined in its objects, was yet but a branch of the worship of Mammon. It suits the enemy just as well, I presume, that a man should give his soul for coins as for money.”

Andrew Ingram: You’ll simply have to read the section where he tells Alexa why he tried to become a writer after the publication of some of his poetry. For any writer, you will contemplate his words long and hard.

Of George Crawford we read: “His father was a banker, an elder of the kirk, well reputed in and beyond his circle. He gave to many charities, and largely to educational schemes. His religion was to hold by the traditions of the elders, and keep himself respectable in the eyes of money-dealers. He went to church regularly, and always asked God’s blessing on his food, as if it were a kind of general sauce. He never prayed God to make him love his neighbour, or help him to be an honest man. He “had worship” every morning, no doubt; but only a Nonentity like his God could care for such prayers as his. George rejected his father’s theology as false in logic, and cruel in character: George knew just enough of God to be guilty of neglecting him.”

And of dear, sweet Dawtie: “Dawtie was now a grown woman, bright, gentle, playful, with loving eyes, and a constant overflow of tenderness upon any creature that could receive it. She had small but decided and regular features, whose prevailing expression was confidence—not in herself, for she was scarce conscious of herself even in the act of denying herself—but in the person upon whom her trusting eyes were turned. She was in the world to help—with no political economy beyond the idea that for help and nothing else did any one exist. To be as the sun and the rain and the wind, as the flowers that lived for her and not for themselves, as the river that flowed, and the heather that bloomed lovely on the bare moor in the autumn, such was her notion of being. That she had to take care of herself was a falsehood that never entered her brain.”

Charming enough for children. Adult enough to challenge your soul and your profession of faith. Sweet enough to bring tears. Profound enough to make you ponder God and Christianity in deeper ways.

This is delicious and delightful reading.

I invite you to take the plunge. Get your first taste of Scotland’s MacDonald here. And you’ll get hooked.